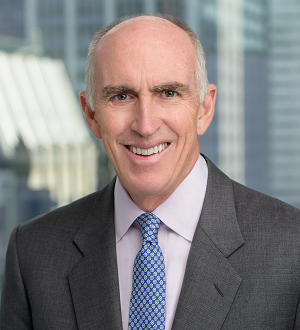 Richard (“Dick”) Cashin founded OEP in 2001 and is the President based in New York and a member of the Investment Committee. Mr. Cashin is a member of the Board of Directors of Tenax Aerospace and Titan International.

Prior to founding OEP, Mr. Cashin was with Citigroup Venture Capital from 1980-2000 and served as President from 1994-2000. Mr. Cashin is a Trustee of the American University in Cairo, Boys Club of New York, Brooklyn Museum, Central Park Conservancy, Jazz at Lincoln Center, National Rowing Foundation, and Newport Festivals Foundation. Mr. Cashin is active in inner-city educational initiatives, Row New York’s efforts to build a Norman Foster designed boathouse on the Harlem River, and Harvard fundraising where he has served as Co-Chairman of his Harvard class for over 40 years.  In 1976 and 1980, Dick was a member of the U.S. Olympic Rowing Teams and was a world champion in 1974. Mr. Cashin is the son of a Foreign Service Officer and grew up in Libya, Ethiopia, Ghana, Indonesia, and Pakistan. He attended Harvard University and graduated in 1975 with a degree in East Asian Studies. Following a one-year fellowship at Trinity College, Cambridge in 1976, he worked at Jardine Matheson in Hong Kong. In 1980, Mr. Cashin completed his M.B.A. at Harvard Business School.